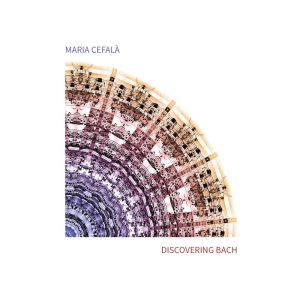 Paolo Fresu’s relationship with classical music has always been intense and fruitful: the relationship has developed throughout the years with reinterpretations of the Bach, Haendel, Monteverdi, Rossini e Bellini repertoire and collaborations with Mario Brunello, Giovanni Sollima, Virtuosi Italiani, i Solisti Veneti and l’Orchestra da Camera di Perugia, underlining the affinities between classical and jazz. Moved by an inexhaustible curiosity and attracted by unusual challenges, with the release of “Discovering Bach” by pianist Maria Cefalà scheduled on january 28th on Cd and digital, Fresu launches Tǔk Classic, branch of the Tǔk Music label he founded in 2010, dedicated to classical music.

The trumpeter’s passion for Baroque is well known, therefore it seems natural that to launch the new branch he chose a reinterpretation of Bach: it is also meaningful and consistent with Fresu’s artistic path that the artist involved has a singular and unorthodox approach.

The story of the 30-year-old pianist Maria Cefalà is a story of rebirth: graduated in piano at 20, when her career was ready to take off a nerve inflammation prevented her from playing for three years. Was this the end? Not at all, because when everything seems to lead to giving up the keyboard in favour of teaching, Ukrainian piano world icon Anna Kravtchenko discovers and encourages Maria to develop her piano work, defining her ”the Italian way” to Bach. With their relationship the “Discovering Bach” project finally takes shape, and its first steps are a clear example of Maria’s unorthodox path: a tour in 5 Italian prisons (San Vittore in Milan, Torre del Gallo in  Pavia, Canton Mombello in Brescia,  Poggioreale in Naples, Carcere dei Piccolini a Vigevano) in which Maria finds her first audience to whom she tells with irony the story of relinquishment and rebirth of a music lover who doesn’t belong to any systems, and also of Bach’s life, adding a human touch to the timeless monument, a lot more necessary than any other way of presenting him. Finally also the discographical project is accomplished with the recording which took place in the teatro Besostri in Mede (Pv).

The artwork has been created specifically for this album by American artist Neal Peterson, and it’s the graphic elaboration of a Bach’s autograph score.
All of the albums by Tǔk Classic, just like Tǔk Air, will follow the same seriality with a selection of “urban mandalas” of the Cities series all by Peterson: since 2015, in fact, the artist has been traveling to iconic cities to photograph their details—architecture, public art, vegetation. Then he digitally collage the images together to create an “urban mandala”.