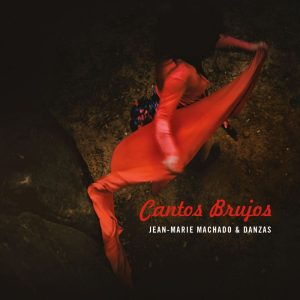 This record is the result of a particularly inspired approach. An eclectic composer and a pianist of a rare elegance, Jean-Marie Machado has accustomed us, since the eighties, to opening the doors of modern jazz to other musical worlds. With his variable geometry ensemble Danzas he took a new step in 2006 by creating several works taking their inspiration from sources as diverse as song, traditional music, dance and classical music. In Cantos brujos all these aesthetics are mingled in a fascinating abyss.

Starting point of the adventure, El Amor Brujo by the Spanish composer Manuel de Falla, known to French music lovers as L’amour sorcier. This work dating back to 1915 was rst a “gitaneria”, a narrated and sung ballet-pantomime for chamber orchestra, then it knew a version for symphonic orchestra and was transformed into a ballet. A hundred years later Jean-Marie Machado takes it up and decides to adapt it under the name of Cantos Brujos, while preserving the script of the libretto written by the playwright Gregorio Martínez Sierra. The result is a series of “witch songs”, each one being a chapter of this fantastic tale: Candela, a gypsy woman with a touch of witchcraft, is haunted by the ghost of her former lover; to be able to love Carmelo freely she gets rid of the ghost by asking a friend to seduce him…

This argument, which Theophile Gautier would not have disowned, is the pretext for a lush suite of twenty pictures. Jean-Marie Machado wanted to preserve the story and the philosophy of the written text as well as the melodies, but he has done a great deal of rearranging and rewriting. For example the obvious amenco aspects have been softened and the Arab-andalusian and African sides have been enhanced. While the original partition lasted 25 minutes it is reincarnated here into a one-hour long ceremony adorned with creative variations, preludes, interludes and postludes. Just like a colorist re ning his creations up to perfection, Jean-Marie Machado worked along three common lines. First he integrates Manuel De Falla in his own composition; at this point it’s fascinating to notice that both men are coming from the same Iberian melting pot and that they share, though a century apart, a strong thirst for popular and traditional music. Then in his reconstruction of this work he brings out a whole mysterious angle, arousing disturbing atmospheres, as En la Cueva – la noche and Chispas brujas, together with rituals providing ecstatic moments: the reptilian drive of Canción del amor dolido, the little tango of Pantomima, Andante tranquillo.
Finally he composes with the pal- ette and sounds of the eleven high ying musicians who accompany him, whether they are old timers such as the blower Jean-Charles Richard or newcomers like the percussion player Ze Luis Nascimento. This enables him to forge numerous pieces of bravery : the accordion lament of El círculo mágico, the tribal chirpings of Danza ritual del fuego led by the cajón, the cello solo of Chispas brujas, the swing of Danza y canción del juego de amor and there are so many more to discover.

The recording, made at La Buissonne studios from September 7th to September 9th 2022 by Gérard de Haro, “the twelfth man of the orchestra” as Jean-Marie Machado says, reveals all the subtleties of a music where the blue note of jazz mingles with the glowing hues of impressionist themes that sometimes evoke French music – Debussy, Ravel or Poulenc who was himself in uenced by De Falla… – even sometimes the Second Viennese School.

We can also nd there the re ections of the third stream, that music genre born in the fties and in which composers such as Gunther Schuller and John Lewis wanted to build bridges between jazz and classical European music. And one thinks of course of Gil Evans and his science in arranging, used in particular for Miles Davis’ album Sketches of Spain, in which Manuel de Falla was already present. Multiple references which are as many good fairies bent over the cradle of Cantos Brujos, a daring work by Jean-Marie Machado which will remain as a beacon in the history of today’s music.