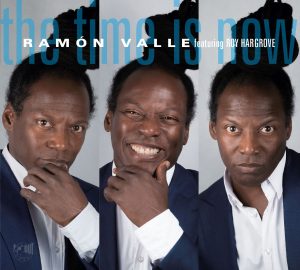 Ramon Valles oeuvre falls into the jazz category, yet touches many other genres, and
borders on many other musical forms. Like most jazz musicians, he believes in taking
risks and says, We have the mission to translate the music to the people. The piano is
his instrument of choice, but he sees it more like a choir or a mini orchestra, with a
combination of chords that can make any sound he wants. Jazz has always mixed with
other cultures, other sounds and musical styles, which the Argentine writer Julio Cortazar
once defined:as being like a bird that migrates or emigrates or transmigrates; it is rain
and bread and salt, something completely beyond national ritual, sacred traditions,
language and folklore: a cloud without frontiers, a spy of air and waterthat brings
Mexicans together with Norwegians and Russians and Spaniards.”
With this new recording, Ramon Valle takes on the role of musical time traveler, as he
experiences and interprets, from an up close and personal vantage, the music that is
happening today. His inspiration came from watching music videos with his children;
Dayla, 7, and Fabio, 10. Younger artists like Rihanna, Bruno Mars, various rappers, and
Michael Jackson, who he describes as the greatest. That gave me the idea to explore
what it is that moves this timeless generation. And what they are trying to express with
their music.
Constantly searching for freedom and communication in his compositions and original
arrangements, he set off on an odyssey in search of the source, which he says,
functions as the engine, exploring with his third eye, fine-tuned ears and heart.
Children are only interested in the present, not the past nor the future. This music is
about right now. The possibilities of the internet have created a universal intelligence
that is growing at an unrivaled speed, and therefore, young people, continue to surprise
us with many ideas, improving and improvising as they go along.
All of the compositions are connected to this theme, with nine originals penned by the
piano virtuoso. I didnt want to go from tune to tune, so the challenge was to listen,
then create something from a nice groove, so I could take the music further, and
transform it to something else. An example of his musical alchemy is Ya Ves, a
popular tune by Pablo Milanés, from the early 1980s. I did the arrangements and
translated it through my timeless binoculars, he says, with a big grin. Michael Jacksons
megahit, Dont Stop til you Get Enough, sounds like a deconstruction of the familiar
evolving into a joyous new interpretation. Te Extraño (Dancing with my Mother), is
dedicated to Valles mother, who passed away in the summer of 2017. After I heard
that she was not anymore in this world, I sat behind my piano and this piece arrived
completely in one improvisation. I saw myself dancing with my mother to a nice slow
Son Cha, like we always used to do at home or at a party. Two months later, after losing
my father, I added the trumpet line, because he played the trumpet, and I wanted to
have them together again. Its like he is playing for us as we dance. He says that his
composition For my Father is more interpretive, more abstract. As my parents grew
older they were even more in love. My father never wanted to be far from his princess.
Valle has assembled a stalwart trio comprised of bassist Omar Rodriguez Calvo, a
compadre from Matanzas, Cuba, Dutch drummer Jamie Peet, with trumpeter Roy
Hargrove as special guest. He crossed paths with the trumpet genius in Havana in
1997 when he was recording Crisol, a Latin Grammy Winner. But their first meeting
was at the North Sea Jazz Festival in 2000, after Hargrove heard Valles trio outside a
rehearsal room, and invited them to join him during his set: Were like brothers. We feel
what were playing. I am very happy that finally our friendship and admiration is
recorded in music, on this CD.
Joan Gannij
(Amsterdam, November 2017)