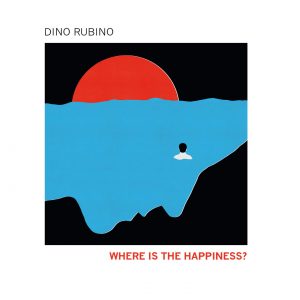 Where is the Happiness? is the new album by Dino Rubino. Like his previous three its
released by Paolo Fresu Tǔk Music label.
The album has been recorded by a large ensemble which includes Emanuele Cisi on sax,
Angelo Bonaccorso on french horn, Gaetano Cristofaro on clarinetto, Giuseppe Mirabella on
guitar, Paolino Dalla Porta on double bass and Adam Nussbaum on drums.
It is the first time that Cisi takes part in the recording of a Rubino album, while the other
5 musicians have already collaborated with the Sicilian pianist on Zenzi his Tǔk music
debut, dedicated to Miriam Makeba and that is going to be re-released in the near futureand
on Kairòs.
The album comprises of 10 original tracks composed and arranged by Rubino and a version
Sugar Man by Sixto Rodriguez. The booklet includes 11 poems by Rubino, one for each
track of the album.
Even though Where is the Happiness could be considered Kairòs ideal follow up, at this
stage of his musical and spiritual journey Rubino reaches a more serene music: gone is
the dark and melancholic vein which run through his previous records. In the new tracks
Rubino blends his musical influences made of classical music, jazz, pop, folk and blues, all
distilled through a deep emotion.
The love of melody is the main guideline that takes him through the various musical
territories and the tracks have a cinematic character, soundtracks of images and moments
that emerge from his experience.
The cover artwork is by the Polish illustrator/designer Joanna Gniady.
Joanna enjoys collaborations with both local and international magazines (Village Voice,
The Guardian, Elle, Charaktery, Glamour just to name the most famous), with several
cultural institutions like the tv channel Arte, or the Culture department of the Wroclaw
Town Hall.