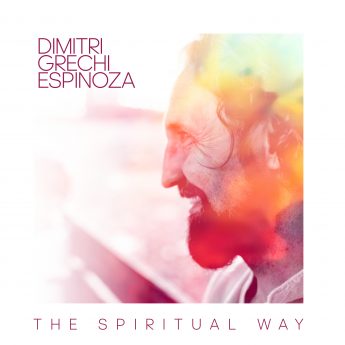 Oreb is another name for Mount Sinai, the scene of Moses’ encounter with God, a name chosen for this project, which began in 2014, to underline the artist’s desire to bring music back to its primordial function of dialogue with the sacred. The CD was recorded in the Baptistery of Pisa in solo saxophone and natural reverberation without compression in order not to alter the natural sound and dynamics developed by the building, and is the result of a study that the artist has been carrying out for many years on the relationship between sound and sound-space and its spiritual meaning.

The deep and dilated notes of The Spiritual Way resonate with suggestions that refer to Djivan Gasparyan’s Armenian duduk, the free spirituality of John Coltrane, the nomadic traditions of the Sahara and the repetitiveness of John Surman.

In his third album, Dimitri deals with the theme of spiritual virtues, considering it important to re-propose it in times like these, apparently so lacking in spirituality. Through his music, he has tried to echo and resonate a writing of the Chinese tradition that outlines a path of inner asceticism and synthetically expresses its core principles. “To develop natural virtues a man works first of all to perfect himself. To perfect himself, first of all he regulates his heartbeat.

To regulate the heartbeat he regulates his breathing, and to regulate the breathing he concentrates his mind. To concentrate his mind he perfects his will by expanding his knowledge as much as possible. Knowledge expands by penetrating the essence of things. Having penetrated the essence of things, consciousness reaches its highest level. When consciousness has reached its highest level, the will is perfected.

When the will is perfect the mind becomes stable. A stable mind tranquilizes breathing so that the heartbeat also becomes regular. Once the heartbeat has been regulated, man is free from defects. A flawless man is in balance and operates with equanimity, compassion, justice and rectitude in the World. ”

Dimitri Grechi Espinoza was born in Moscow in 1965. He attended JazzMobile in New York and completed advanced professional qualification courses at “Siena Jazz” with P. Tonolo. In 2000 he founded the musical research group Dinamitri Jazz Folklore, which in 2014 obtained 2nd place in the ranking of Musica Jazz magazine for the best Italian group. In August 2001 he was invited to play at the Pan-African festival in Brazzaville (Republic of Congo). From March 2002 to 2003 he collaborated with Goma Parfait Ludovic, director of the Congolese company Yela wa, in the field of research on the tradition of African healing music, with seminars and shows. Since 2004, he has mainly carried out his activities in two directions: the application of the results of research in traditional cultures to the music of the Dinamitri Jazz Folklore group and to the solo concert “Oreb” and teaching activities. From 2012 to 2014 he was Music Director of the European project “Azalai-nomadic caravan”.